What is An Encoder, Type and How It Work?

What is An Encoder?

What is An Encoder, Type and How It Works? - In an industrial equipment, an encoder is widely used to process the precision of a motion. But what exactly is an Encoder?

An encoder is a device or component capable of detecting mechanical changes into digital signals.

A. How The Encoder Works?

Based on the type of encoder in general, inside an encoder there is a disc with small holes on the edges and an optical transmitter & optical receiver.
The perforated dish is placed between the transmitter and receiver.
When the disk rotates, there will be a pulse change process.
If the beam hits the dish and the receiver does not receive the beam, the receiver will output LOW logic.
When the emitting beam passes through the dish hole and the receiver receives the light, it will output HIGH logic.
Look at the following picture: 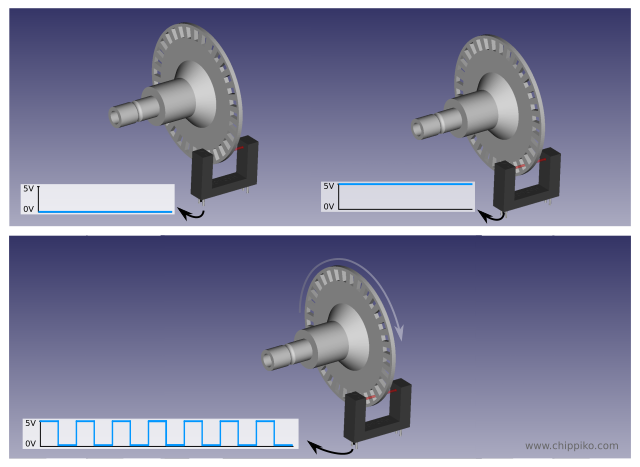 B. What is the Function of the Encoder?

After we know how the encoder works, then we must know the function of the encoder on an equipment.

At least, there are 4 functions of the Encoder are:

Encoders have long been used in the industrial world and up to now there are several technologies in the operation process.
There are at least 4 categories of encoders based on their operating technology:
Based on the list above, Optical Encoder technology is the most widely used today.
Then encoders are divided into two types: