By Neon Monday, May 04, 2020 Post a Comment
SMT32 MAX7219 Programmer - LED Dot Matrix is ​​a shift chip register from MAXIM. It has long been used to display characters or running text.
Various types of dot matrix can be found in our environment, starting from small dot matrix to large size such as video tron. But how do I make the led matrix MAX7219 display text?

In this tutorial I want to give you a way of using 4 units of the MAX7219 STM32 8x8 dot matrix module which is controlled by a microcontroller.
It is important to know that in the market I found that there are two types of output chips for the STM32 variant namely STM32F103C and CKS32F103C.
They actually have the same STM32 architecture it's just different vendors. The vendor STM32 is STMicroelectronics (USA), while the CKS32 vendor is CKSIC (China).
I used linux OS in this tutorial, if you want to know how to install and use STM32 on Linux, I suggest you read the previous page that is How to Program STM32 Blue Pill STM32F103C8T6 CKS32F103C8T6 Via USB Using Arduino on Linux (Ubuntu).

The MD_Parola and MD_MAX72xx libraries are libraries with different functions but are still under one developer, Majic Designs. MD_Parola is used to create display effects while MD_MAX72xx is used to control its LED Matrix.
Display effects such as align text left, right or center, running text, text goes in and out, controls the brightness and appearance of animations, divides the display into zones, selects fonts as desired, merges several modules vertically and displays text and images in a way together.
Download the MD_PAROLA and MD_MAX72xx libraries 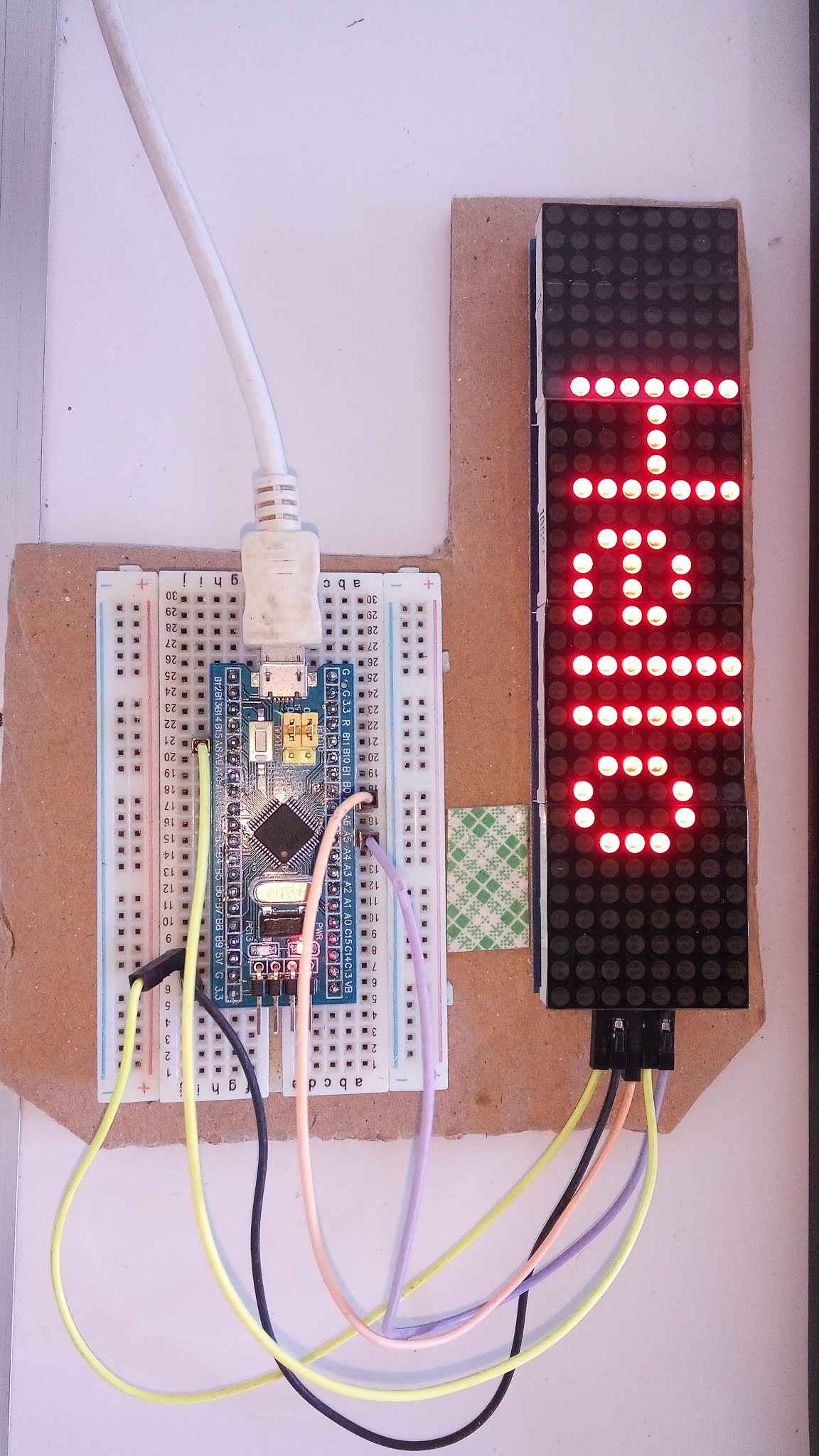 That's all and hopefully useful.